Can you imagine owning it the entire time? I can’t. Would you have forecasted its streaming growth back when the company was schlepping DVDs in the mail? Did streaming even exist back then? If you were smart (lucky) enough to buy the stock in 2010, would you have held on?

Just look at what an investor would have experienced to earn such a return: 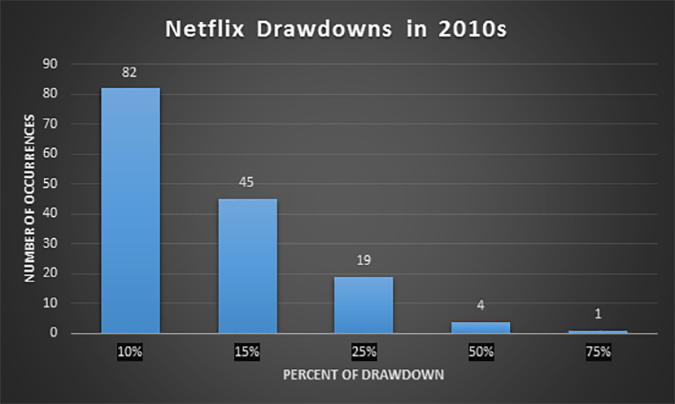 So when you see the juicy headlines regarding stocks that returned literally thousands of percent in last decade, understand that earning such a return is nearly impossible for most humans.

It wasn’t that easy to just own Netflix and Chill ...

Sleep Regression and the Stock Market

Wuhan Coronavirus: a Look Back at SARS & the Market

Look Out for Outlooks 2020 Edition

Look Out for Outlooks 2019 Edition