We’ve all heard the stories. “Husband Finds $4.3 mln worth of Stock in Attic”. “Children Find Parents’ Treasure Trove of Stock Certificates in Basement”. We should all be so lucky. But what if this had less to do with luck and more to do with tried and true investment strategies? Can we learn something from these tales (other than it’s about time you visited Grandma and helped clean the attic)?

The first known stock certificate traces back to September 1606, and was issued by the Dutch East Indies Company. The exchange of these certificates typically took place in pubs or coffee houses at port. Stock trading immigrated to the US when Philadelphia beat New York to the stock trading game by being the first exchange to open in the US in 1790. The NY Stock Exchange opened its doors two years later and the rivalry between the cities has never been the same. Ever been to a Giants game in Philadelphia?? Until winning the Super Bowl last year, it’s literally the ONLY thing Philadelphians had over Giants fans!  But I digress ...

Until about 1950 (think into the 70s), most stock investors held actual stock certificates, usually at home or in safe deposit boxes. In 1973, the Depository Trust Company was formed to facilitate stock trading. The result was rather than exchanging physical stock certificates, investors had the option to hold their stock in electronic form at a central depository. No longer did investors have to deliver physical securities when they wanted to sell.  So if a family member of yours bought or inherited stocks prior to 1970, chances are they held actual certificates.

Not only can these pieces of paper be worth large sums of money, they can be quite the pieces of art. Check out one of the Walt Disney Company’s certificates: 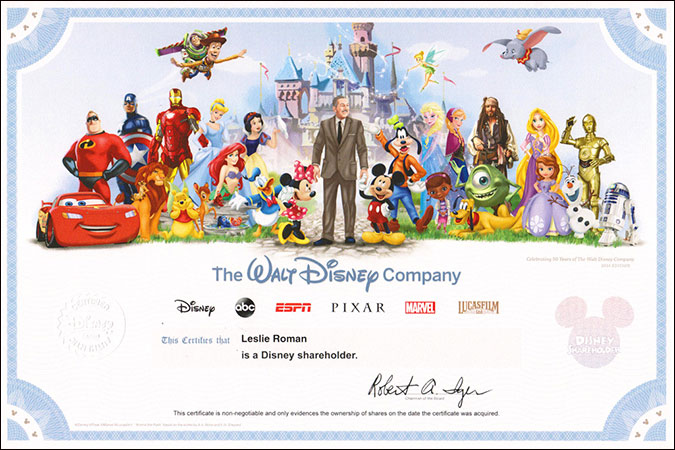 The internet has brought those costs down close, and in some cases, to zero. We’ve all seen the Schwab commercials offering stock trades for $4.95. The Robinhood© application allows its users to trade for free! Lower fees are great. But it also encourages activity, which isn’t always the best investment strategy. Commissions, taxes and our own internal wiring tend to eat into investment gains.

As humans, our brains are wired to run from danger. And a falling stock market feels dangerous to us. The instinct is usually to sell even though our long-term investment plan tells us to stay in the game. I’ve written about this before: 2016 Market Review (2016 Market Review.

Selling your stocks when there is panic in the streets is usually a recipe for poor results. Most savvy investors, (and grandmothers) will tell you it pays to “buy and hold”. Warren Buffett once famously said, “My favorite holding period is forever.” And he should know. His company’s stock, Berkshire Hathaway, was trading at $19 per share in 1964. As of yesterday, each share is worth $291,100! 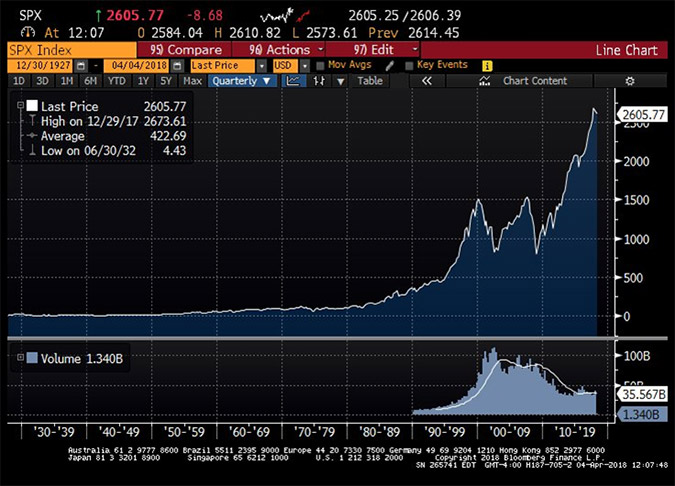 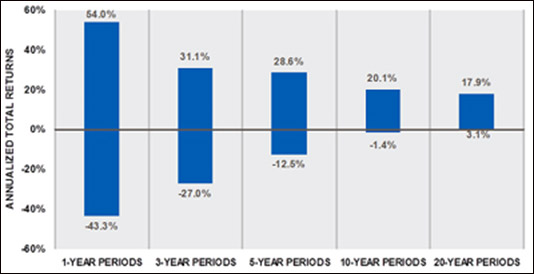 Buy and hold isn’t dead. Holding on is just harder to do these days. New information flows constantly and transacting is just too easy!

So if it is difficult for you to resist the urge to sell during these volatile times, imagine you converted all of your investments into stock certificates. And in order to sell you’d have to dig all your certificates up out of the attic, dust them off, and mail them to your brokerage house or bank. And to make matters even worse, you might even have to pick up the phone and ask a human to execute the order!

That way, you just might be more likely to hold on. Your grandkids will thank you later.