I am proud to have earned a Bachelor of Arts degree in Economics from Wake Forest University. But according to a recent International Monetary Fund (IMF) paper, it may be worthless.

Unless you live under a rock, you’ve recently been bombarded with talk of the coming recession. This nervous chatter was sparked by so-called trade wars, tariffs and the inverted yield curve. It’s been driven into our psyche via twitter, newspaper headlines, and mostly clueless pundits on TV.

But really smart people, aka economists, who spend their entire lives studying these things, have also jumped into the fray. Below is from an August 14th Wall Street Journal article:

“In a Wall Street Journal poll released last week, economists on average saw a 33.6% probability of a recession in the next 12 months, up from 30.1% in July and the highest level in the Journal survey going back to 2011. The average probability was 18.3% a year ago.” 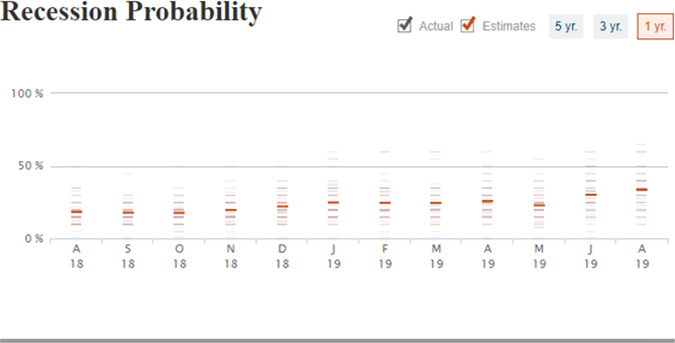 So economists are increasingly calling for a recession. Is this reason to worry? Should we run for the hills? Do economists know what they are talking about?

Turns out, they don’t. According to a 2018 study published by the IMF, economists are awful at correctly predicting recessions. The first two sentences of the paper sum their conclusion up well,

“Recessions are not rare: economies are in a state of recession 10-12 percent of the time. What is rare is a recession that is forecast in advance.”

From the IMF data we learn that of the 469 recessions around the globe since 1988, the IMF and its economists correctly predicted only FOUR in the year prior to the actual recession. I’m no mathematician, but that works out to be less than 1% of the time!

Ok, so maybe predicting a recession NEXT YEAR is too hard. What if we gave them until springtime to correctly predict whether there would be a recession during that same year? Less than 25% got it right.

Ouch. My degree at Wake Forest wasn’t free. Should it have been? Mom and Dad, don’t read this! 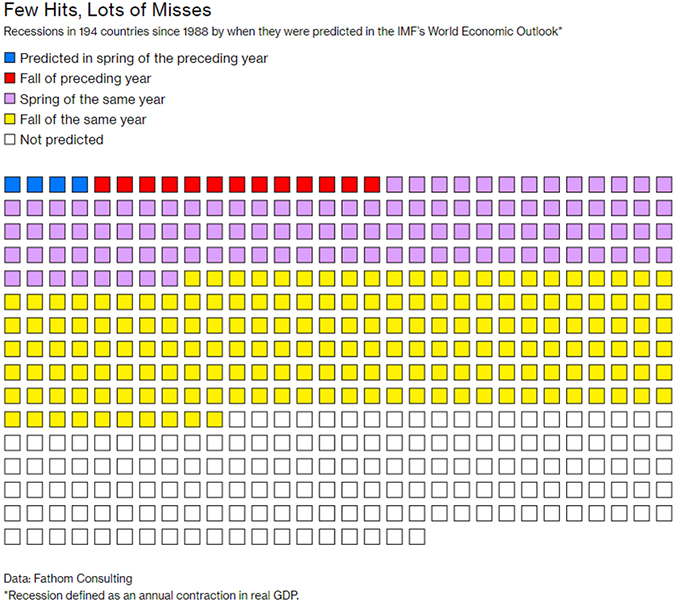 So why are economists so bad at this?

As we’ve written before, they are not alone. Each year, investment strategists prove that predicting the future is virtually impossible. This practice is especially difficult for economists as not only does economic data and market dynamics change constantly, the life of an economist is often backward looking.

Others have pointed to lack of incentives. Economists aren’t necessarily compensated to correctly predict recessions and aren’t fired for getting it wrong. Groupthink is also likely at play as humans tend to coalesce around their peers’ ideas.

I’d also point to recency bias, which describes a human’s tendency to overemphasize the most recent data. Last I checked, economists are humans so they aren’t immune from thinking, “One third of my fellow economists are predicting a recession within the next twelve months. And the CBS Evening News keeps flashing this in my face so we must be headed for a recession ... .” 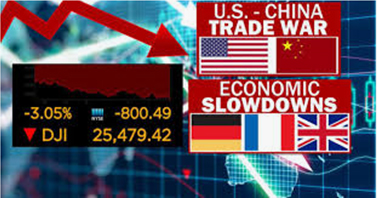 So what are the takeaways here?

Hopefully the big take-away here us you shouldn’t trade stocks based on recession predictions made by even the smartest of economists. Sure, the 33% of economists in the WSJ article referenced earlier may end up being right. But literally 99% of the time they aren’t. So don’t sell stocks based on it.

The WSJ quote should have read (italics are mine):

“In a Wall Street Journal poll released last week, economists on average saw a 33.6% probability of a recession in the next 12 months, up from 30.1% in July and the highest level in the Journal survey going back to 2011. Economists correctly predict future recessions less than 1% of the time.”